The vehicle was discovered in the roadway near a residence in the 3500 block of N. 2000 Road in Fort Towson, Okla. The Oklahoma Highway Patrol and the Choctaw County Sheriff’s Office both responded to the scene of the original call.

After arriving on the scene, it was discovered that the vehicle was unoccupied. While at the accident scene, officers saw smoke coming from a neighboring house. When officers attempted to make contact with the homeowner, they found Curtis Lee Martin deceased in the residence. Based upon evidence found at the home, it was determined that Martin had been murdered. At that point, the Choctaw County Sheriff requested OSBI investigative assistance.

Agents began their investigation and based upon the evidence, found that Martin and Pyron were murdered by 18-year-old Chad Jon’ Dale Voyles, a 15-year-old male and their 17-year-old daughter.

Agents arrested Voyles at a residence near Highway 147 in Choctaw County. After a short foot pursuit in a wooded area near Hwy 147 several miles southwest of the crime scene, the two juveniles were taken into custody.

Pyron was eventually located in a clandestine grave on the Martin property.

Voyles was booked into the Choctaw County Jail on two counts of Murder in the First Degree.

The juveniles were transferred to Juvenile Detention Facilities.

Over 180,000 ceiling fans recalled after reports blades fly off

Choctaw County Sheriff encourages citizens to “use their... 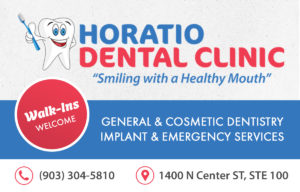